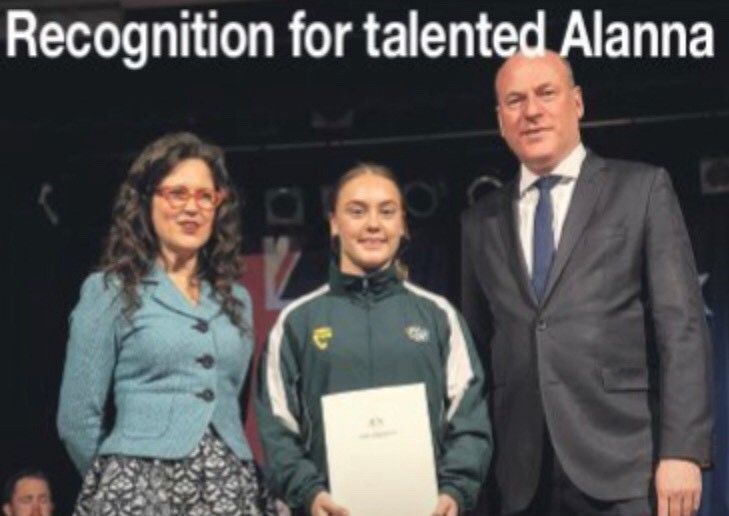 It follows her Ryde Sports Foundation Encouragement Award at the 2017–2018 TWT Club Six/Ryde Sports Foundation Sports Star of the Year Gala Dinner and Hunters Hill Sportsperson of the Year Award. Alanna starred as a defender and wing attack with the North West Sydney Koalas this season—helping the team reach the Premier League U/17 finals before tearing ankle ligaments. This also ruled her out of the Regional All Schools Cross Country Championships. Alanna is now preparing to represent NSW at the Australian Futsal Championships in January.