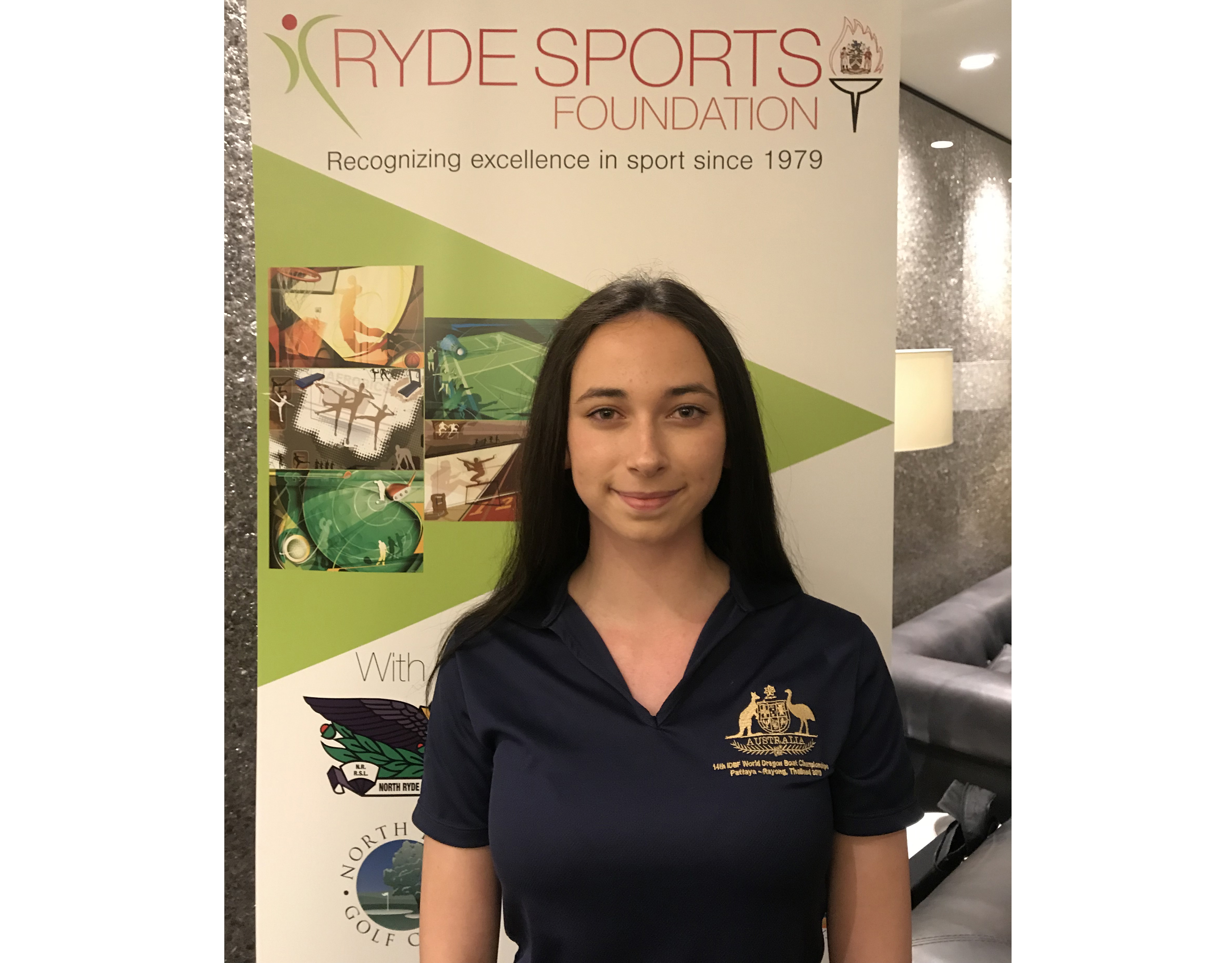 Sharnae Thiele, a product of the Marist Dragons Club based at Woolwich, represented the Australian Auroras with distinction at the 2019 World Dragon Boat Racing Championship in Thailand’s Pattaya-Rayong region in August 2019.

The Australian team finished fourth in the medal tally and were up against powerful rivals such as Thailand whose entire squad trained full-time for a year.

To achieve medals against this type of competition was meritorious indeed and a special moment for the promising young paddler.

It was a long way from her usual training ground on the Lane cove River with the Marist Dragons Community Club that paddles out from the boatshed at Marist Sisters Woolwich, where Sharnae is in Year 11.

The school and club have a long tradition of contributing paddlers to the Australian Auroras national team with Sharnae first appearing on the world stage in 2017.

The gifted schoolgirl first picked up a dragon boat paddle in Year 7, little imagining that within 12 months she would be selected for a national team.

“I’d never heard of dragon boating, so I thought I’d give it a go,” says Sharnae.

“I found it hard to keep up with everyone but I just carried on.”

What’s it like, lining up at the start of a race in world championship?

“Then you blank out because of all the adrenaline.”

But the experience paid off. “I am definitely a better paddler now than I was two years ago,” Sharnae says.

Sharnae has had to balance school commitments with Auroras’ paddling sessions three or four days a week at Pyrmont as well as mandatory daily fitness training.

She and the other elite paddlers love the Marist Dragons camaraderie.

“The atmosphere is great and when you are off the water everyone is really proud of each other,” says Sharnae.

Marist Dragons Club President Mark Benn said if you sat behind Sharnae and her junior compatriots in a Dragon Boat during a race you would be left reeling trying to keep up.

“Her strength, technique and discipline are of a standard that many of us can only dream about,” he revealed.