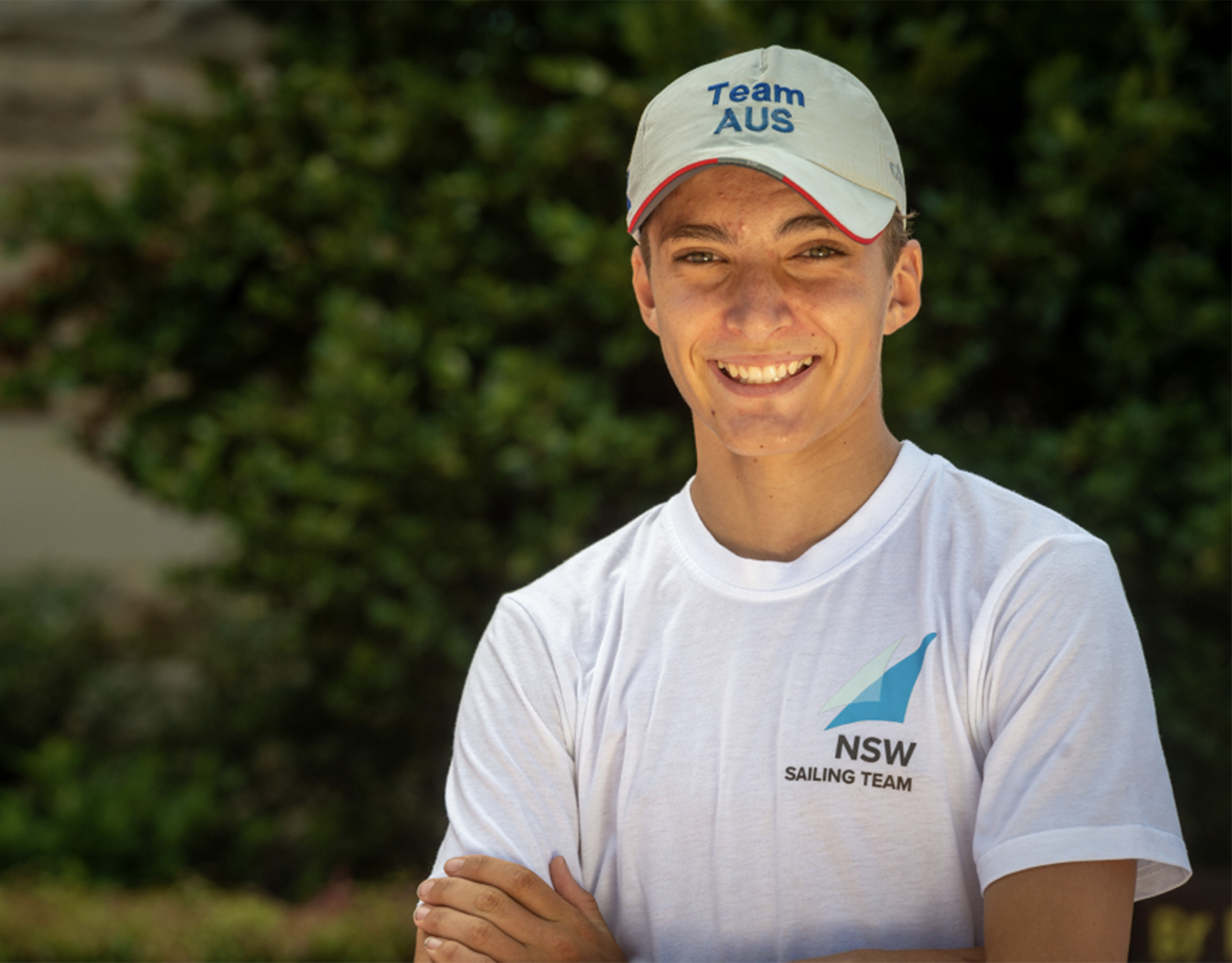 Ethan Lozevski, who honed his skills with Dobroyd Aquatic Club before linking with Woollahra Sailing Club, finished a creditable 89th from 250 competitors at the Junior World Titles in the West Indies where he registered impressive results in the 120 race series.

The Holy Cross College Ryde student performed with distinction in the Optimist dinghy class—placing third in two of the race finals that were staged in difficult conditions.

Ethan, who weights 55 kg, was disadvantaged by the lighter winds and smaller waves that confronted the young sailors in Antigua with the majority of his opponents all weighing between 45–47 kgs and maneuvering better in the 8–12 knot winds across the Caribbean.

“The 15–20 knot winds that were forecast by the experts prior to the start of the championships didn’t eventuate and this made my task a lot tougher,” revealed Ethan.

“Being a taller and heavier sailor the light winds didn’t suit my technique but still the opportunity to race against the best young international sailors in my age group from around the wold proved a great learning curve,” he said.

Ethan showed tenacity and drive as he mixed it with the best across the 12 race format.

He conceded that equipment failure and race penalties hampered his bid for a medal and that he learned so much on decision-making and race craft by competing against world-class sailors.

The Australian team underlined its depth of talent by finishing fifth out of 65 countries in the Championship’s Nations Cup.

Ethan spent up to five hours a day in the surf over the summer holidays to prepare for the 2019 National Championships in Tasmania.

He placed third out of more than 140 boats at the Nationals to qualify for the World Titles after earlier winning the Optimist TT series and ACT championships.

The Rodd Point native—who has chalked up a proud record in 420 dinghies—also grabbed sixth spot in Sail Melbourne; seventh at the VIODA State Championship and eighth in the Summer Optimist Regatta Sydney.

Ethan took up sailing as an eight year old and is a three time Dobroyd Aquatic Club Champion.

Although now based at the Woollahra Club, the schoolboy prodigy is keen to put back into the sport by coaching aspiring sailors at Dobroyd Aquatic today.

Lozevski’s dream is to one day sail at the Olympics and he has paired up with young gun Keizo Tomishima to try and qualify for the U/17 World Championships in France next year.

Ethan and Keizo—who hope to secure scholarships with both the NSW and Australian Institute of Sport—can take a giant step towards achieving that goal with strong performances in the 420 dinghies.